You can never get a cup of tea large enough or a book long enough to suit me. 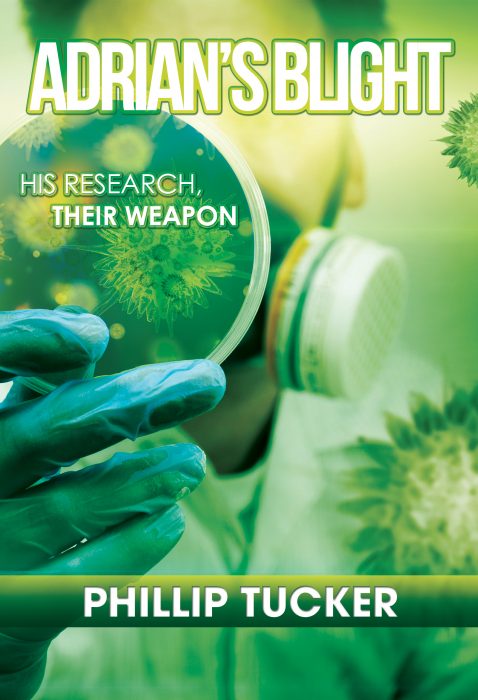 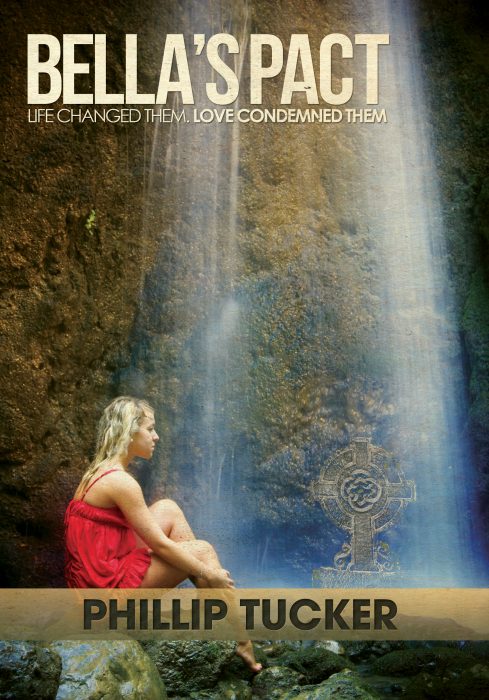 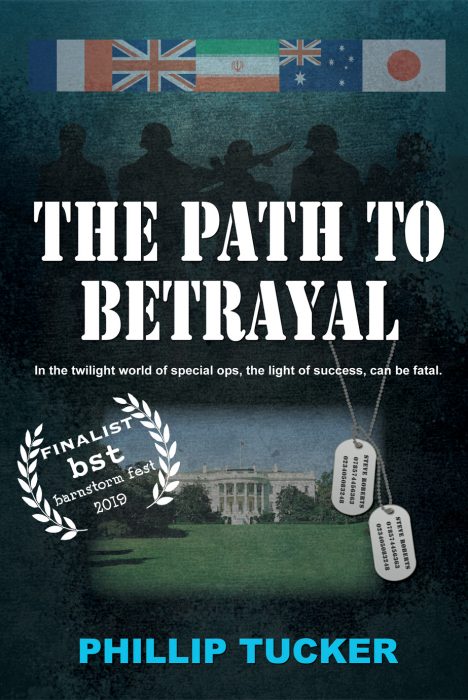 The Path to Betrayal (Book 1) 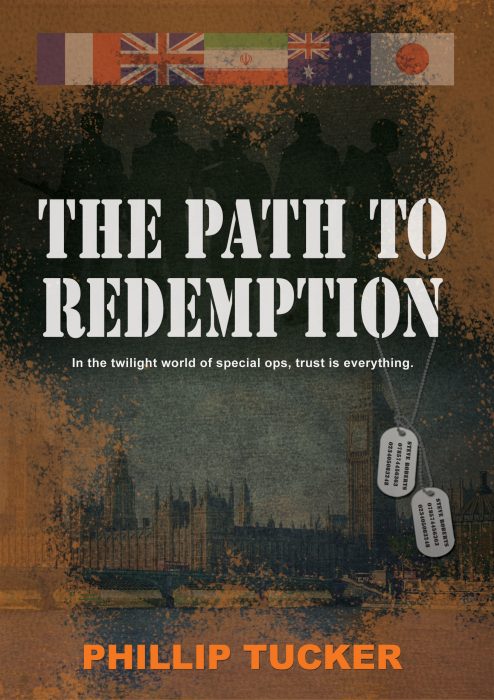 The Path to Redemption (Book 2) 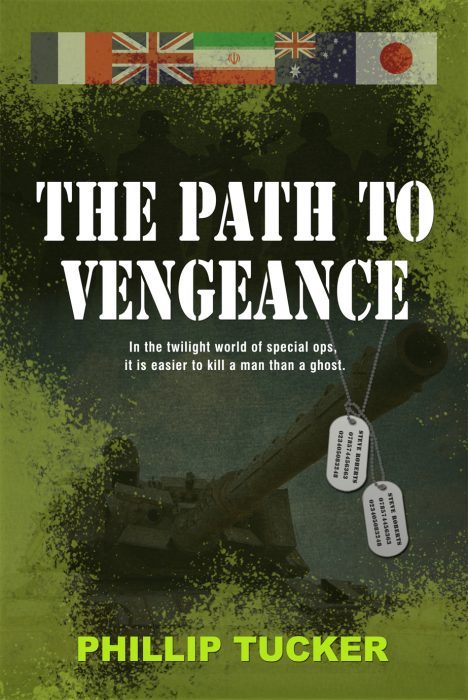 The Path to Vengeance (Book 3) 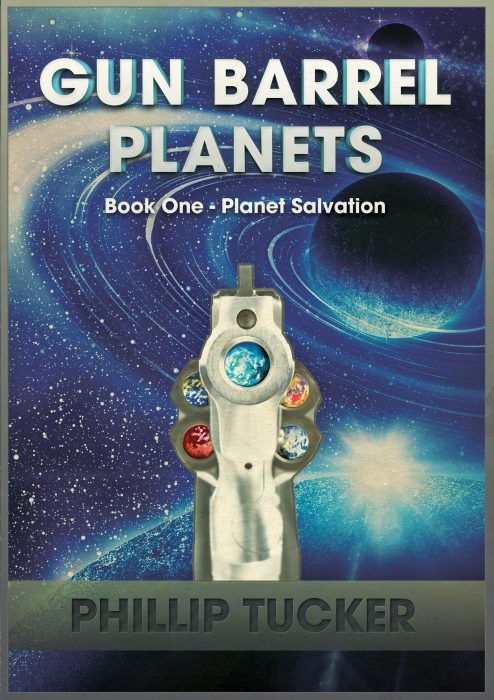 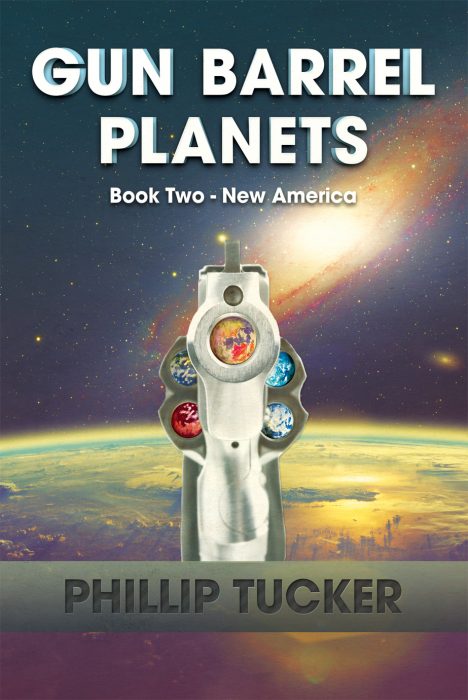 Action / Adventure, Suspense / Thriller
Senator Coby Henderson an African American war hero and a man who could be the President. He is sent to Vietnam to sign a peace treaty and heal the wounds with America’s once bitter enemy. Whilst there he is confronted by his buried past and is forced again to relive what occurred during that bitter war. Overwhelmed with guilt, he starts a search that will change his life and the country he loves forever.
View Book

A young man dreams, of honouring his father’s memory, by changing the World. Having been invited to attend a prestigious Think tank University in America, Adrian thinks his wish has come true. While carrying out his revolutionary experiments on DNA weed eradication, Adrian comes face to face with the illusionary truth. What is his research really being used for? And has he been deceived like his father before him? With the world’s most dangerous men hunting him, Adrian must decide what to do about his research and his supposed allies.

Four friends bound together by their twisted life experiences and their incestuous love for one another. Living on the fringe of society, looked down on, by their community, they are confronted by pure evil. When one of the four is brutally beaten and raped, the others find themselves accused by the community. Hounded and persecuted, the four friends try to clear their names and have the people responsible, brought to justice. How far would you go to protect and vindicate the ones you love? What sacrifices would you be willing to make to always be with them, even in death?

The Path to Betrayal (Book 1)

Can a small group of men change history? Since the dawn of modern warfare, small groups of trained soldiers equipped with the right equipment, and more importantly ‘Intelligence’ have carried out missions that have led to major victories and crushing defeats. This is the story of one of those units. Steve Roberts is a young man with the same aims and hopes of many young men just starting out in life. His gift is that he’s a good soldier, who excels at his profession. Approached by the Americans to join a special unit, to help counter their enemies around the world, Steve enters a world where friend and foe become unrecognisable from each other. Along with Ali, his unit commander from the Shah of Iran’s elite guard, Cody a paratrooper from Scotland, Aaron a French commando, and Sukai a Japanese marine, Steve finds himself pulled down the road from a naive youth to a ruthless killer. Forced to fight for their very lives against all who would do them harm, Steve learns, that sometimes your greatest love, is the one thing that makes you vulnerable.

The Path to Redemption (Book 2)

Steve Roberts belongs to a five-man unit, formed in the Eighties by the CIA. Their brief was to complete missions that for political reasons, America could not be seen to be involved in. The unit carried out many successful missions, until their enemies became aware of their existence, making them a liability. Worried, the CIA decided to terminate the unit; the first attempt failed. In the Nineties, changes in the CIA’s Directorship initiated another attempt; this too failed but resulted in the death of Steve Roberts’ wife. Going underground after the murder, they became a mercenary unit for hire. Working out of Singapore, for a gunrunner named Mr Lou they stayed off the radar avoiding the CIA. This continued till roughly 1996, when by mistake, they destroyed an Israeli Bioweapons plant in Turkey. The Israelis, with Intel from the CIA, eliminated Mr Lou’s organisation along with Japanese unit member Sukai. Following this, the unit disbanded going into hiding until 2010. After meeting and falling in love with a young woman named Justine, Steve sought to clear his name and stop running. Contacting Ali, his unit leader, they put together a dangerous plan to stop the Americans and the Israelis hunting them. With the help of the surviving unit members Cody and Aaron, they seized the White House. After negotiations with the Vice President, the siege was covered up and they were allowed to retire in peace. As the unit separated for their journey home, Steve, ever cautious, stayed in America for a short time to make sure that they kept their part of the deal. Feeling finally in the clear, Steve went to the airport for his flight home. It was here that he read that Justine, his girlfriend had been murdered.

The Path to Vengeance (Book 3)

Action / Adventure, Suspense / Thriller
The third book in the series - The Path To Vengeance. As the years roll by, the units existence and threat fades into the past. The surviving members have grown old living in peace. Or have they? When all the units’ members die in accidents in the same week, Peter Moustaffer, Ali's son, senses something is not right. Setting out to find the truth, Peter is pulled into his father's world, on a path to vengeance.
View Book

Simon is a brilliant young man with a thirst for knowledge. With his aging grandfather, Mike, a hero of the third World War, he seeks to unlock the secrets of an ancient alien device. With an honesty shaped by his naivety, he changes not only the future of the human race, but the surrounding Galaxies as well. Of course the problem with change, as many leaders throughout human history have found, often to their peril, is that not everyone wants too. Unfortunately Simon will learn the hard way, that when you’re facing an enemy, your back is exposed.

Wakening fifty years into the future, Simon and the crew of the Katherine, must again try to stop an unseen enemy. Conflict is everywhere, as Simon once again tries to convince his own race to help him. Confused and often one step behind the enemy in the shadows, the Katherine’s crew for the first time will feel the bitter taste of defeat.